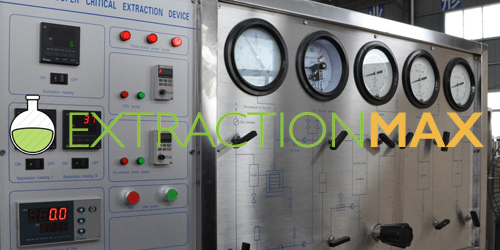 EMAX86, Inc. is a plant oil extraction company focused initially on extracting cannabidiol or CBD oil from hemp. CBD is approved for medical use for the treatment of pain associated with multiple sclerosis in Canada and for the treatment of rare forms of childhood epilepsy in the United States.

Aside from CBD, hemp has a variety of commercial and industrial applications including rope, clothes, food, paper, textiles, plastics, insulation and biofuel. The U.S. hemp market has seen a rapid growth in the past several years with sales reaching more than $800 million in 2017. At least 34 states currently have industrial hemp programs, including Colorado, the United States’ leading producer, followed by Oregon, North Dakota, and Kentucky.

The CBD market is set to reach an astronomical growth of 700% by 2020 with the Hemp Business Journal reporting estimates that $450 million of the projected $2.1 billion in sales will come from hemp-based sources. The hemp-derived CBD market was $90 million in 2015. In addition, Matt Karnes of Greenwave Advisors stated in an interview with Forbes magazine that he estimates an almost $3 billion market by 2021, believing the growing CBD market will exceed the estimations by Hemp Business Journal.

EMAX86, Inc is seeking to capitalize on these trends by building and operating a large commercial scale extraction plant to enable rapid processing of a large volume of hemp and extract large volumes of CBD oil. The company is working with world class engineering consultants and equipment suppliers to develop a design and build a facility able to operate at the highest levels of production, cost efficiency, safety and environmental impact. Existing system currently in operation are primarily utilizing laboratory scale equipment which cannot produce the volumes of CBD oil needed in the market and cannot operate at scale nor compete in an economically viable manner in rapid market growth landscape. Emax86 seeks to fill this void.